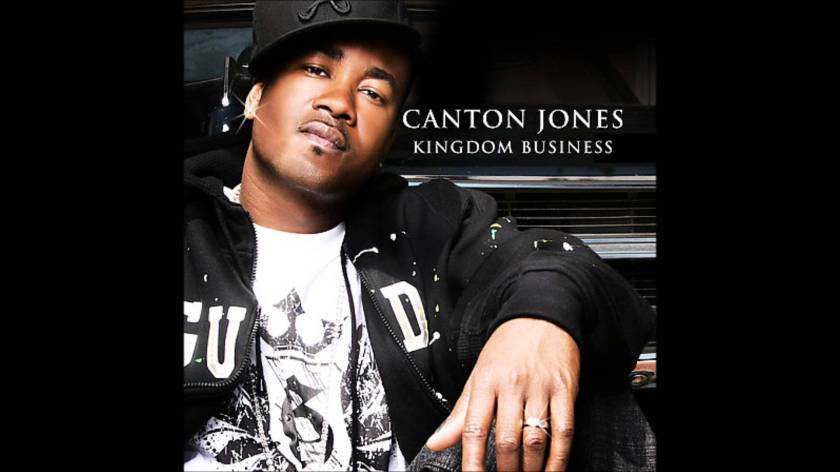 Canton Jones, gospel artist, has an album called, “Kingdom Business.”  One of the tracks on the album is titled, “My Walk.”  The jest of the lyrics is to not concern yourself with what he does or how he does it because at the end of the day, “still we gotta praise Him!” I learned a long time ago not to compare my walk to anyone else’s, but I also learned not to share every detail of what God is doing in my life.  While I’m excited about the move of God, everyone else may not be.  Just when I think I can share what God is doing, with the very people I think I can share it, I’m proven wrong. It’s those very people that are my friends, but have the hardest time with my journey; my faith walk.  I have more support from acquaintenances and strangers than friends and family.  Instead of praising God with me for what He’s doing, they get out of their lane and shovel out  unsolicited advice and plant seeds of doubt when you clearly know you heard from God in the situation.  They are the very ones not walking their own faith walk or following their own advice. In their lives are tore up!  Over time I have learned to ask two questions when people give advice I didn’t ask for.  “What is the real motive? Why is s/he telling me this?”  Sometimes it goes back to them wanting to discourage you because your life is moving ahead while theirs seems to be in an abyss of excuses, lies and denial.  You think you’re being cautious, but sometimes you can be overly cautious. Slow and steady is okay, and it allows you to finish.  However, sometimes there is no slow and steady with God when he is ordering or reordering your steps.  Sometimes He needs you to do it without delay or excuses!  In case you didn’t know it, a delayed response to God is disobedience,  In any event, maybe, sometimes He may need you to speed up and stop questioning every single thing. I’m sure when I think about how we over think His process and methods, me included, we wear God out!  I know He is whupped at the end of the day!

It all goes back to the previous article I wrote, “No Safety Nets Allowed.”  I don’t have to have a plan B, C or D because God has plans B, C, D, Z, and everything in between!  All I am required to do is to put my trust in Him; put my hope in Him; and put my faith in Him.  He’s got this and He’s got me!

As much as I’d like to share the good news of His works in my life; what He’s saying to me…the reality is that I can’t.  To those people who over analyze the things of God, guess what?  GOD IS NOT COMPLICATED!  We make Him complicated!  We just over think it!  Sometimes we overreact, under-react or don’t act at all!  Where is your faith?  What is it exactly you are waiting on?  Are you waiting on God to speak to you in some BIG BOOMING voice?  He could, but it’s not like that.  Sometimes it’s just a prompting, an unction if you will, from the Holy Spirit.  That quiet, still knowing voice of God may be all you get.  In order to get it, you have to have interaction and encounters with God.  You have to know it’s Him speaking to you.  In John 10:27 it reads, “My sheep listen to my voice; I know them, and they follow me.” (NIV)  That is what some of my people aren’t getting.  They question what God is doing as if I don’t recognize His voice.  It is not my first time at the rodeo and this is not the first time God has moved in this way.  Your fear will not become my fear; your delay will not become my delay; your no will not become my no.  The question becomes, “Will I be ready when He is moving and I’ve heard Him?”  I want my answer to be “Yes!”  What about you?

No, silly!  I’m not taking about THAT “F” word!  I’m talking about the other “F” word, F-A-I-L!  Fail is not a dirty word.  However, most people regard it that way. I fall off the horse all the time, but I get up, dust myself off, and I get back on the horse!  All it means to fail is this, according to Dictionary.com, “to fall short of success or achievement in something expected; to receive less than the passing grade or mark in an examination,class, or course of study;  to be or become deficient or lacking; to be insufficient or absent ;to fall short.”  There are many other ways this can be applied, of course, but I’m just talking about life failures, in general.

In any event, I didn’t realize that it was okay to acknowledge failure until I was completing a job application.  I applied for this job and knew I was not really qualified, but I submitted the application anyway.  I figured I had nothing to lose and everything to gain.  While answering the questions, I was asked what qualified me to do this job. HA!  I replied, “I’m a fast learner, willing to listen, to adapt, and to fail, if necessary.” Now, who the heck writes that on a job application?  I did.  I don’t see failure as a dirty word. It’s that thing that propels us to the next level.  It’s what we can learn from, but first we have to accept it.  It doesn’t mean we bask in it.  We re-examine the failure, why it happened and what we can do better next time.  Yes…you will have a next time!  We can try over and over, but still keep failing. So what?  It doesn’t define you; it doesn’t make or break you; it doesn’t make us a loser or unsuccessful.  It’s not who you are.  It’s our opportunity to make whatever it is better.

I think about all the failures in my life, especially at love.  I have to keep believing that some guys weren’t right guy for me.  I almost married one, but God orchestrated it so that guy would call off the wedding.  I didn’t realize that to be the case at first.  I just felt like I had failed miserably and let all my family down. Each time I looked in the mirror, all I saw was a failure.  In time, I have come to learn that the failures saved me from some long-term hurts that I could not see at the time, and that could have emotionally paralyzed me.

Being a Christian does not exclude us from failure.  In fact, I like to fail!  Don’t get it twisted…it doesn’t feel good, but it definitely keeps me depending on God and acknowledging Him in all things!  He is my source…my provider.  His in infinite in everything.  There is no failure in or with God.  When we attempt to face that failure on our on is we when get stuck.  We focus on it and waddle in our pity.  “Woe is me!”  I don’t have time for pity parties….mine or yours!  I may feel bad about the failure for a day or a few days, but rest assured I am restrategizing how to accomplish what I need to.  I simply ask God to reorder my steps; to give me wisdom; to give me understanding; and to give me discernment.

They don’t know how to stick with anything because parents, educators, and administrators have made it too easy.  Why?  The No Child Left Behind Act (NCLB)of 2001. We’re pushing them through a system of standardized testing, pushing what’s on the test instead of pushing real learning.  Students aren’t even allowed, or able when required, to think for themselves. Instead of letting them get a “bad” grade (God forbid), we allow the to retake/redo the test/assignment until they get a passing grade.  For real!  This is really happening in the schools.  Those of my generation (born in the mid to late sixties), do you recall getting an “F” if that is what your work reflected?  Teachers did not give do-overs because they didn’t have time to do extra grading.    Does that mean they wanted us to fail?  Absolutely not!  what they wanted and expected from us, as did my mother, was for us to put in the work and effort to get that passing grade on the test or assignment.  Not anymore.  We spoon-feed information that they can’t even regurgitate and will not commit to memory.  But let there be some foul lyrics to some rap song?  You’ll hear that mess all day!  We have failed them by lowering the standards…the expectation.

F-A-I-L is not a dirty 4-letter word.  We loosely use the other “F” word, which truly is a dirty word and we allow it.  I walk the halls of the school and hear students throw it around loosely all day, with no reverence or regard for the adults in their presence.  Heck, I have adult friends who will do the same!  Let us utter “FAIL” and it’s like, “How dare you?  You’d better fix it so my kid passes and can keep playing sports!” Really?  How about this?  You get out of life, what you put into it and that includes all endeavors.

To encourage you, here is a list of people who failed at some point before making it:

In the words of Henry Ford, “Failure is simply the opportunity to begin again, this time more intelligently.”