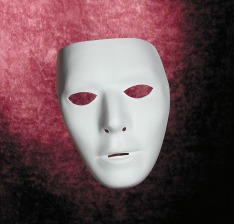 Most days I wake up with an awareness of who I am, but that wasn’t always the case.  Much of who we are, our identity, is tied to our parents.  While we know them, we don’t know them.  I know my mother loves me; she provided for me; she knows what I’m afraid of and what I dream about.  However, I was never so sure about “My David.”  That’s my dad.  He’s My David because I’ve never called him “dad,” “daddy,” etc.  He never wanted it.  Maybe in doing that, it liberated him from a responsibility he didn’t want.  I observed the relationships around me and watched my friends with their fathers and wonder how that’s possible.  He doesn’t know my hopes; my dreams; my fears.  I wondered about My David, “Why doesn’t he love me? Why doesn’t he want me? Am I not pretty enough?  Am I not smart enough?”  When I communicated what I needed from him, he would clam up and accuse me of opening a can of worms which, if truth be told, was never closed.  It was always open because I always had questions.  I never understood how he expected me not to have any questions.  What was more bewildering was that I never understood why he didn’t have answers.

I desperately wanted to be “Daddy’s Little Girl,” but to no avail.  I would never hold that position in My David’s life.  All through my childhood, young adult years and even adult years, I struggled with not having this special father/daughter relationship.  I wanted so desperately to be pursued by My David, to feel like I mattered and that I was a priority to him.  There were many broken promises and lack of or no response when I was in need.  Sometimes he would say things a father should never say to a daughter.  The words were hurtful and even as an adult, I had a childlike heart, tender and easily wounded.

At some point enough was enough.  I knew I needed more, and was never going to get it from My David.  I dug deeper into my relationship with God.  I knew Him, but I really needed to KNOW Him!  I needed to test Him to guarantee He would always be there.  That came at a very costly, almost detrimental price because of an act of disobedience on my part.  Once God had my attention, He had it!  I had no choice but to call on Him.  He told me, “Your mama can’t help you.  Your daddy can’t help you. Only I can help you.”  Long story short, I was about to marry someone God had clearly told me not to.  The wedding was called off ten days before the date.  I was embarrassed and ashamed that I had been jilted, left at the altar, if you will.  I didn’t want to face anyone.  Most days, I was just a functioning dysfunctional with no awareness of Point A to Point Z or anything in between.

People meant well, and kept telling me, “You’ll look back over this in a year and laugh.”  I thought, “Is this fool kidding me?  I ain’t laughing now and I don’t have a year to waste on this mess!”  So, what was my plan to get through this?  I had no clue.  I just knew I was very broken and could only turn to God.  Once I finally stopped crying so much and began to think clearly,  I would take my journal and head to the park and just sit for hours reading, writing and studying God and His character.  Over several months, I began to realize who I was and who my Father was.  It was Him!  He had always been my Father and He promised He would never leave me or forsake me.  He revealed to me that I was a daughter…His daughter; that I mattered and that He cared about the smallest to the biggest details of my life. In actuality, He is the only Father I’ve ever known.  Do I still have issues?  Absolutely!  Do I still wrestle with my abandonment issues?  Absolutely!   I expect people to always leave me.  The only confidence I have is in God, His word, and the fact that He never leaves me and I am always His daughter. I am no longer fatherless; I know to Whom I belong; I no longer have a crisis of identity.

Member in the ranks of the library profession since 1994: Academic, Special, School and Public; Lover of books; and Awesome! View all posts by Redbone & Rice